News "I've received so much over the years from the dancing and music,...

“I’ve received so much over the years from the dancing and music, and I want to give back to others.” Meet Claire Bright 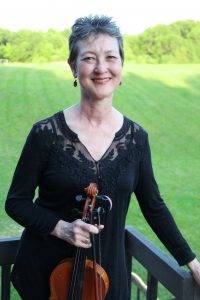 Claire Bright was born in Oakland, California in 1959.  Her mother was Japanese, and her father American.  She now resides in Queens, New York City, with her husband, Earl, and her macaw, Josie. Claire received her Bachelor’s and Master’s degrees in performance in classical violin from the Juilliard School in New York. She went on to become a free-lance violinist, and is now a full-time classical violin teacher. She began dancing Hungarian folk dance in 1998, and started playing the music in 2011. Her band, the Fényes Banda, was formed in 2013, and they have played numerous performances, festivals, choreographies, táncházak, weddings and parties in the U.S.

1) How did you first encounter Hungarian folk dance and music?

I was an avid dancer of international folk dancing in New York during college and after, especially Macedonian, Bulgarian, Greek, and couple dances of various other countries such as Sweden and Hungary. This was mostly pre-recorded and choreographed dancing, about 2-4 minutes in length.  Sometimes there was live music. I happened to see an ad about a Hungarian dance night at Magyar Ház/Hungarian House in New York City in the fall of 1997, for which Életfa was the band. The dance teaching was ciganytánc from Szatmár, taught by Balázs Gusztáv. The footwork was no problem, but once the actual táncház began, I couldn’t do much. I was just amazed at the length of the sets, the live band, the fact that each couple did their own thing. When they did mezőségi at the end, I couldn’t believe it, and thought, ‘I HAVE to learn this dance!’ I went to a couple more táncházes, but got my first real exposure at Symposium 1998, run by the Magyar family for a week in Pennsylvania. The guest band was the Szászcsávás Band. 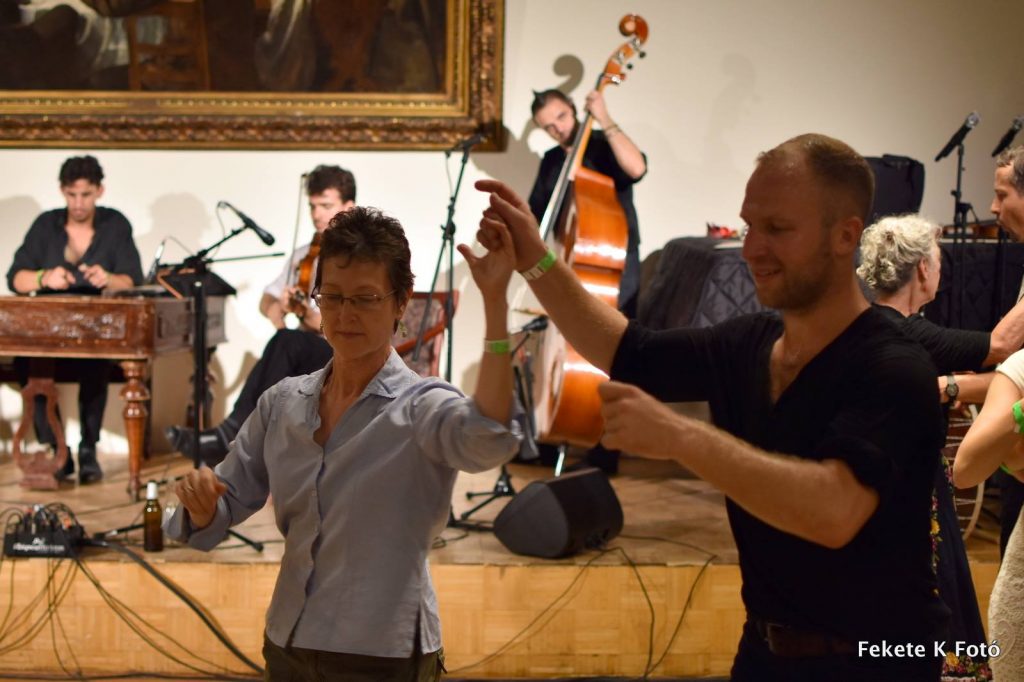 2) Do you have any Hungarian background or ancestry?

I have none – no relatives or blood.

3) Do you or your husband speak Hungarian, and what does he think about your involvement in the movement?

I speak some Hungarian, not much.  He doesn’t speak at all. His biggest joke is to say ‘Hot fudge’ when greeting my friends! He is very supportive of my passion for the dance and music, himself being a musician.

4) When is the moment you decided this was more than a hobby, rather a passion?

That first táncház in 1997 is when I was ‘infected’ by the dancing, immediately. True enthusiasm for playing the music came much later, during a performance in New York City by Muzsikás. 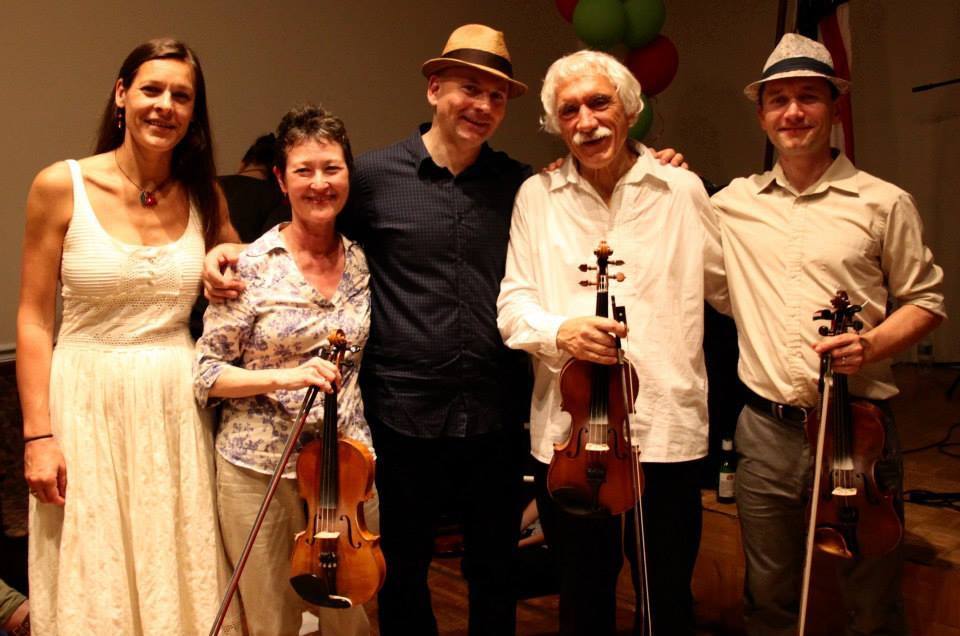 5) Do you have a favorite dance or song?

My favorite dance is the bonchidai román. In general I love the mezőség dances, also vajdaszentiványi, and the örkői and szászcsávási cigánytánc. I can’t pick a favorite song, but again, I love the song repertoire of Erdély.

6) Who is your hero in the dancehouse movement?

Again, it’s hard to pick one person, but Fazakas Levente is very inspiring. Vizeli Balázs and Kodoba Márton. I’m sure there will be others as I get deeper into the music.

7) Where have you travelled, and what camps have you attended, to learn the néptanc and népzene?

I’ve travelled to camps in the U.S., Canada, Hungary and Transylvania.  Symposium and Csipke in the U.S.  The Montreal Winter Workshops and the Western Canadian Hungarian Folk Dance Festivals in Canada.  The Jászberény Festival and Táncháztalálkozó in Hungary. Camps in Kommandó, Felsősófalva, Vajdaszentivány, Kalotaszentkirály, Válaszút, Szék in Erdély. 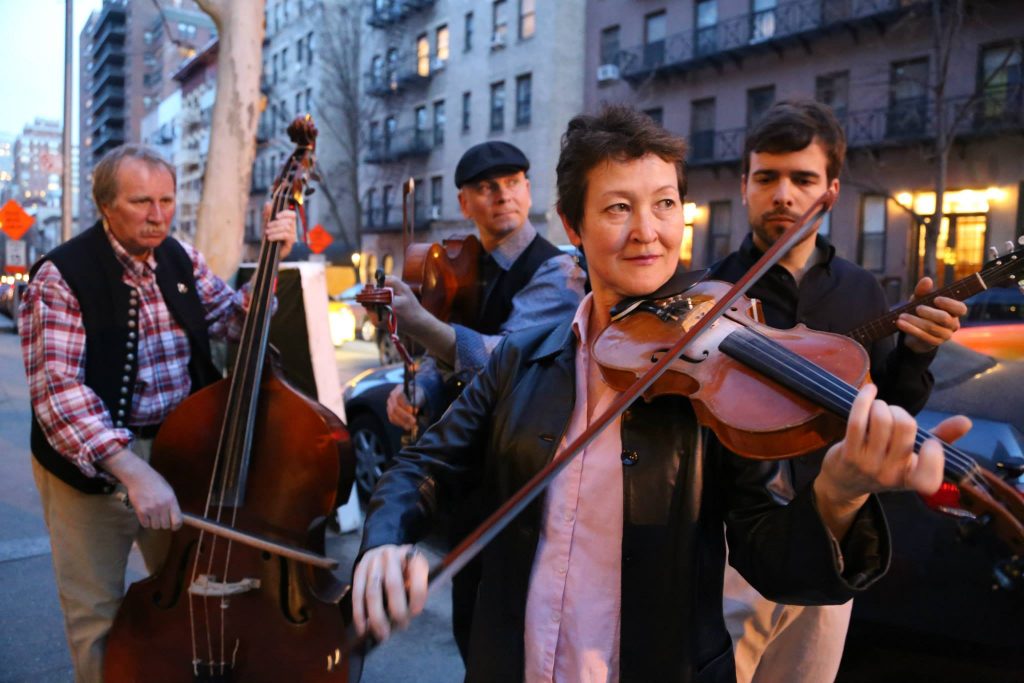 8) How did your travels affect you?

I was able to solidify my knowledge of the dances, and have fun dancing in the tánchazes. I could see how different and often difficult life could be in places other than the U.S.  I was able to feel the roots of life – emotions, good things, hardships, community, family – and these things helped deepen my understanding of the dance and music.

9) Were there any special challenges for you, being a non-Hungarian speaker?

Yes. I missed out on jokes, deeper information about the dance and music, about history, and stories. The first three years I travelled to Erdély were difficult and quite lonely. Gradually I met people, plus English speakers, and I was able to use my instincts to learn the dances and music.

10) Do you have any stand-out memories, or most beautiful moments from the dance, music or táncházes?

I danced a bonchidai román in Canada at 3 AM, my roman for the rest of my life. A cigánytánc with a local gypsy at Felsősófalva. A magyarpalatkai with a Háromszék dancer at Kommandó, where I thought ‘This makes life worth living!’. Also, playing Ördöngősfüzesi with a band for a room full of dancers all singing together.

Fenyes Banda is comprised of five people.  Perge János, violin, from Balassagyarmat, Hungary.  Kalán György, viola, from Miskolc, Hungary. Brano Brinarsky, bass, from Secovce, Zemplin, Eastern Slovakia. Harsáczki Katalin, singer, from Eger, Hungary. Gyuri and I live nearby so we are able to play together often. As a full band we can’t practice regularly because we live rather far apart, and now there is the pandemic. The name of the band started out as a joke.  It is my last name, Bright, in Hungarian. 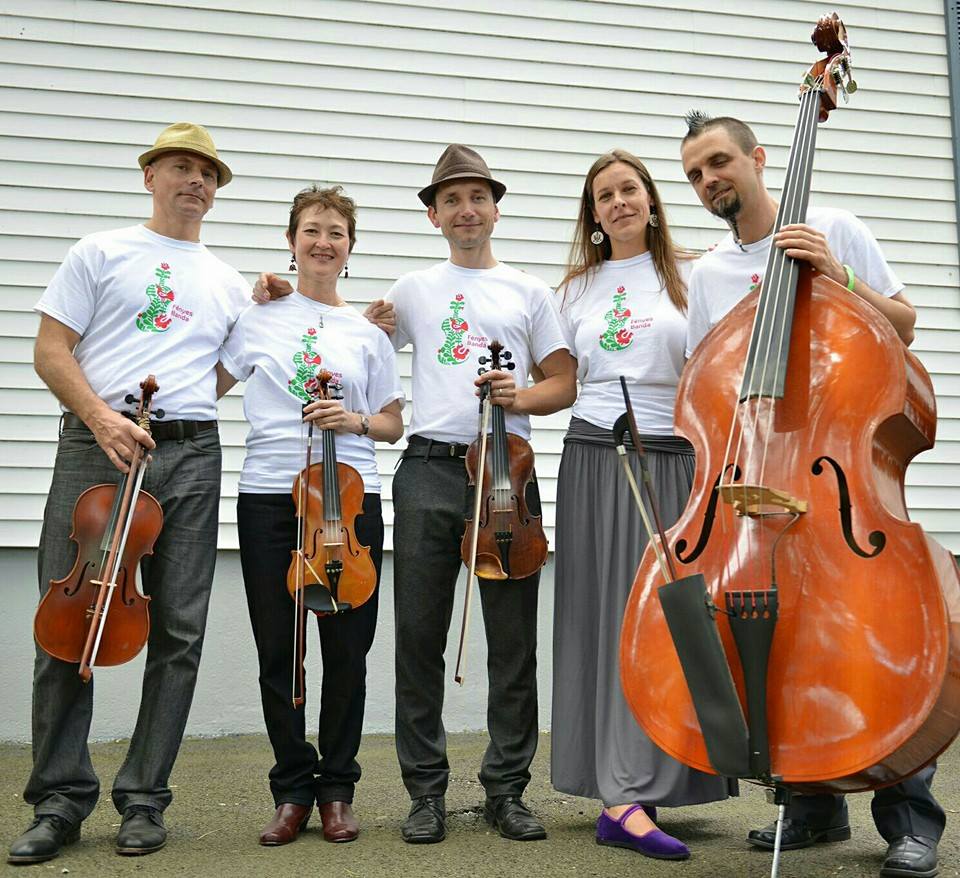 12) What do you see as your role in the Hungarian dancehouse movement?

I love to play for the community. Performances are ok, but the best is to play for táncházak, parties, etc. I’ve received so much over the years from the dancing and music, and I want to give back to others. I’m trying to further stretch the lines of these traditions into the future.

13) What are your future goals?

I want to keep learning, keep playing with people, and keep meeting with people I have met all these years. I’d like to share my knowledge and experiences with younger people, especially the concept of táncház: people together, dancing, talking, eating, drinking, singing. Being together even with all our faults and follies. It’s humanity at it’s best.