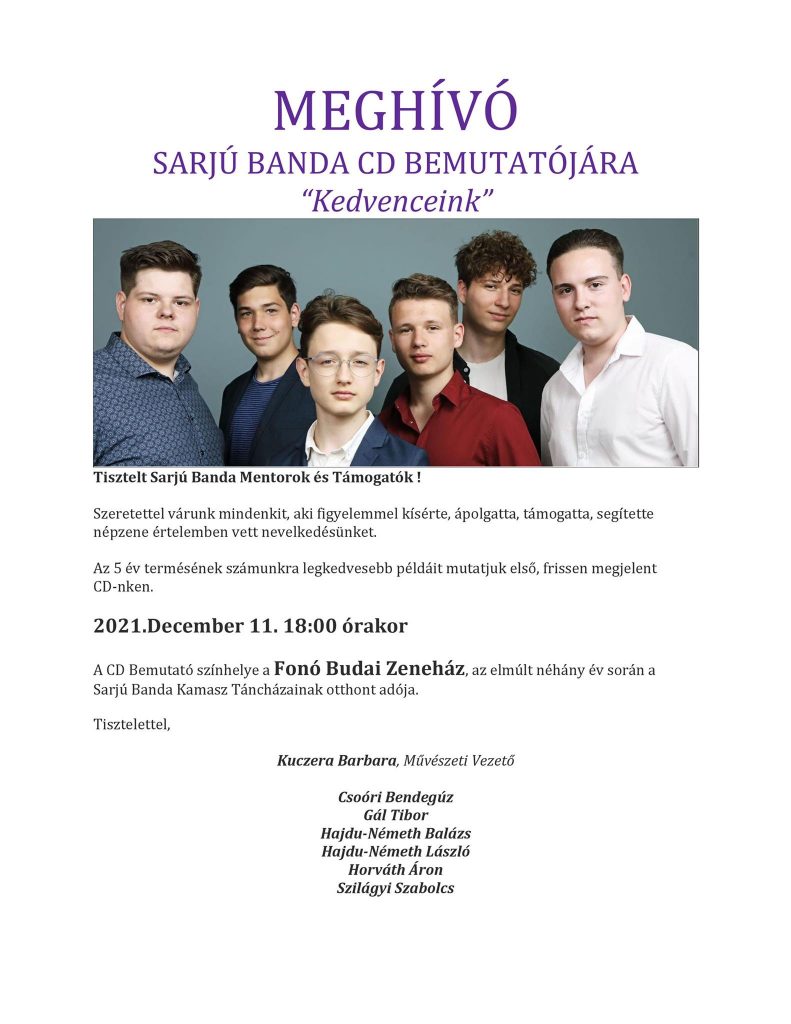 After their successful American tour in October, Sarjú Band is now back for a CD release concert in Hungary.

The young musicians made their debut in 2015, in the television talent show ‘Fölszállott a Páva’. Back then they showed off their talent in the soloist category, but behind the scenes, they had already started playing music together. As a result, they became close friends and formed their own musical band, Sarjú Band, with the support of their families and Barbara Kuczera, the group’s director.

In 2016, they took part in ‘Fölszállott a páva’ as a group and earned the title: the Best Band of the Country. Sarjú Band’s mission is to perfect their knowledge of traditional Hungarian folk music, and to preserve this valuable heritage (the meaning of the word ‘sarjú’ is descendant, successor, or aftercrop). They learn from their elder musician masters with joy and respect, and present their music on both the stage, and in dance houses.

Sarjú Band’s new CD named ‘Kedvenceink’ (Our Favorites) will be revealed live at the release concert on December 11, from 18:00 at Fonó Budai Zeneház in Budapest.