News For our First Performance, I, Myself, Made the Folk Costumes with My...

For our First Performance, I, Myself, Made the Folk Costumes with My Mother – Kokron Ili, founder of Pántlika Ensemble in São Paulo

Ilona Kokron, Kokron Ili was born in Budapest in 1942. In her childhood, she lived in various different countries until she settled definitely in Brazil in 1951. At that time there was no internet and no connection to the mother land, Hungary, whatsoever. She put all her energy into starting Hungarian Folk dancing in Brazil. The first Hungarian Dance performance was at the Hungarian Ball of Sao Paolo in 1969, and that’s how the Pantlika Ensemble, which is still active today, was formed. We are lucky that we can interview Ili in 2021. Her personal emotions and what she thinks about Hungarian Folk dance are special as well as why she finds it important to preserve the Hungarian heritage and how her life was redeemed by Hungarian Folk dance. (With thanks to Bonapartian Edi!) 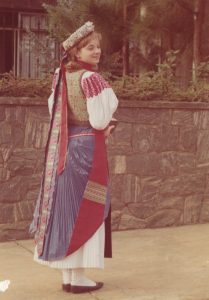 I Dance Hungary: As for the beginnings, how come you fell in love with Hungarian Folk Dance? What is the moment that you decided to dedicate your life to Folk dance?

Please tell us, shortly, how you became the leader of the Pántlika group and what was your biggest success as a leader.

As soon as I came back to Brazil, I was given the leadership of the Hungarian Scouts and I immediately founded the Pántlika dance group. For our first performance, I, myself, made the folk costumes with my mother. At the time, I ran hotel and also was a leader of the Scout group. The Pántlika group did not have any money, so I financed everything. My biggest success, happiness, and joy as the leader of the dance group was that my immense love of the folk dance, songs, dresses, embroidery, and music immediately stuck to the dancers that I led. So, every dancer attended the rehearsals with the same enthusiasm that I delivered as an instructor. The atmosphere was marvelous and there is a big friendship among us (even though they say I was very, very, strict).

After you came to Brazil, did you have the chance to visit Hungary?

I first went back to Hungary in 1974, together with Szuűcs Erzsi, who was also a Scout and a dancer. There was a teacher who gave us some lessons but they were teaching the “gyöngyös bokréta” style. In 1976, one big experience for me, was to meet the Timár couple at a dance camp in North America. There, finally, I learned what ‘style’ means, and what is the difference between the dances of different regions in Hungary. And also, I was introduced to the dances of the territories that no longer belong to Hungary. Sanyi, the master, “mester” as they call him, also taught us how to do choreographies, so I learned how to do choreographies. From then on, I traveled a lot to Hungary and also escorted Timár Sándor during his trips when he was collecting dances. Isf Böske, the wife of Sanyi, wasn’t pregnant, she also joined us. We were in Transylvania, in Válaszút, for example, to record the ‘Farewell of the Soldiers’. And through Sányi, I met Kallós Zoltán. We were in Dunántúl, Transdanubia, where we filmed “The Verbunk of Szany”. I took part in Hungarian dance camps led by the Timárs and everytime I went to Hungary, 90 percent of my time and effort was dedicated solely to dances.

A classic example, in 1974 at the height of communism, when Erzsi and I were telling people that we are learning Hungarian dances and that we have beautiful folk costumes, they would ask if we were putting them on during carnival and wearing them there. Thanks to the Timárs, I have had the opportunity to witness the beginning of the dance house movement and I follow with joy the enthusiasm of the young people. It has always been a big pleasure for me. Nowadays, Hungarian Folk Dance is everywhere. There are a lot of dance groups in Hungary and the territories that once belonged to Hungary. Even in the streets, you can see fantastic Folk Dance flash mobs. More and more young people learn how to play the violin and how to play music for the dancers. 45 years ago, Sebő Ferenc and Halmos Béla were the ones who launched the real, authentic, folk music in Hungary. Today, almost every dancer dances using improvisation, sings, and chants. They are very fast at learning the choreographies because dance is already in their blood.

What is your favorite memory of folk dance and dance houses?

My most moving memory, is the performance celebrating the 25th anniversary of the founding of the Paántlika Ensemble. For this, I have to give a little introduction. In 1976, I met Magyar Kálmán and Jutka of New York, who were the leaders of the Hungaria Folk Dance Group and also the organizers of folk dance camps. In the 90s, I saw how they dance zempléni csárdás, and I was totally captivated. I tried to teach these dances, but I didn’t have a video or a choreography of it. One of the Pántlika dancers, Bester Ricky, called Kálmán to ask if he could go to New York and get the video of this dance. Kalman agreed, but said that they would be away at this time. For Ricky, this wasn’t a problem. They agreed that Kálmaán would put the video in the dustbin in front of his house, but Ricky would have to pick it up before a certain time, otherwise the dustbin would be taken by the garbage men. So, Ricky went to New York, to New Jersey, opened the dustbin, and found the video. Now, back to the 25th anniversary performance. When I was about to introduce our last dance, suddenly Brevak Silvania took the microphone out of my hand and said that I always complain about not seeing the dances as an audience member because I always dance on the stage, so it is high time that I sit down and enjoy the dance as part of the audience. They took my hand and made me sit down. Suddenly, music starts to play and 30 dancers with crazy enthusiasm flood the stage with zempléni csárdás and complete zempléni costumes. This was the most moving and most beautiful present in my life.

Which is your favorite dance and folk song? From whom did you learn it?

I have two favorite dances. I learned szatmári dances from Timár Sanyi in the 70s and 80s, and it gave us great success. My other favorite is kalotaszegi dances which I also learned from Sanyi.

Have you ever thought your work would flourish after all these years and what would you say as a message to the folk dancers across the world?

Well, I have never thought that my work would flourish so long, but I have great pleasure to witness it so wonderfully continued under the leadership of Pedro. My message to the Hungarian Folk Dancers is that they should feel the beauty of this wonderful dance and music and songs and what they say to us. Also to realize how much better they can enjoy the party in a dance house than anywhere else. And in conclusion, let me quote Kallós Zoltán, “We are going to be Hungarian as long as we dance and sing in Hungarian”. 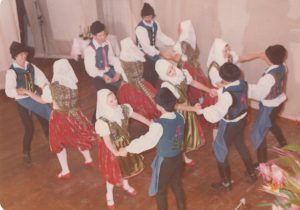 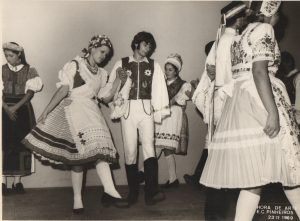 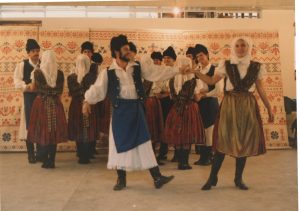 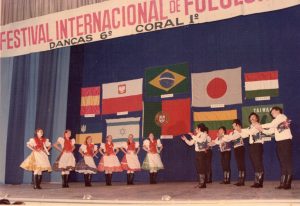 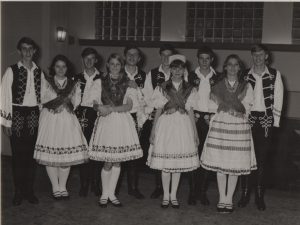 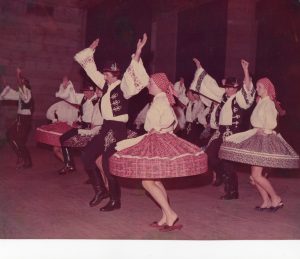 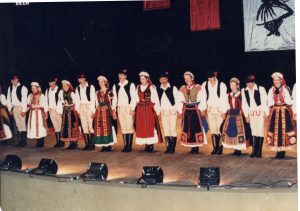 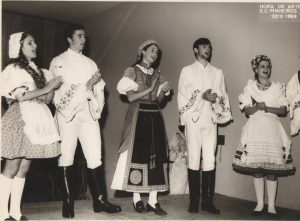