The event was very colorful thanks to the performance of the Pántlika Hungarian Folk Dance Group and the recitation of Demkó Anita. The celebration ended with a reception of the General Consulate and the Hungarian House. 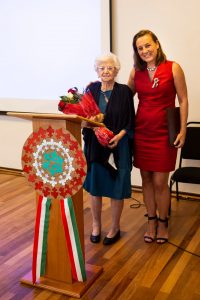 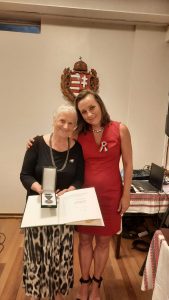