One of the leading characters of the Hungarian dance house scene in New York is Gábor Balázsi, the Henry Laufer Professor of Physical & Quantitative Biology within the Biomechanical Engineering Department at Stony Brook University in Stony Brook, NY, USA. Gábor Balázsi is a renowned expert of synthetic biology and its applications in cancer research, and head of the Balazsi Lab. Unlike most cancer therapies, which focus on killing cells, researcher Gabor Balazsi is trying a different approach: he’s creating gene circuits to change cancer cell behavior. 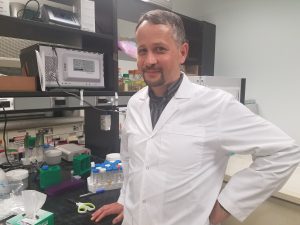 I Dance Hungary: Where did you first meet Hungarian dances?

Gábor Balázsi: I grew up in a small village, in Olasztelek, Székelyföld, Transylvania, where some of the tradition was still alive. The Székely folk tradition was an everyday part of my childhood. Later I was an active member of the dance house movement in Kolozsvár as a university student.

Was there a moment which decided that dancing would mean more to you than just a sort of hobby?

When I moved to the USA and felt the need to create a community to connect with my tradition. I established or revived folk dance groups in 3 cities (St. Louis, Chicago, Boston). We had regular practices and performances, serving as messengers of Hungarian traditional culture. 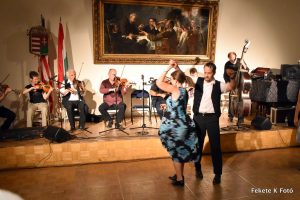 What is your most beautiful memory linked with dances or dance houses?

Forever burnt in my memory is meeting and interacting with traditional village musicians: János Zerkula (Gyimes), Florin Codoba (Magyarpalatka), András Hodorog (Moldva), and Dezső Tankó Fintu (Gyimes). Other unforgettable memories are singing folk songs by the campfire on many occasions and dancing with villagers from Szék, Transylvania, as a student.

Who is you hero in the dance house scene and why is he/she important to you?

Zoltán Kallós remains my hero as the person who catalyzed my interest in folk dancing, and folk songs when I was a student in Kolozsvár. Additionally, I have great respect for Csaba László, past leader of Pipacsok who collected traditional dances in the Székelyföld, Marosmente and Küküllőmente regions. Among professional folk dancers, my favorites are Hortenzia Lőrincz (Horti) and Norbert Kovács (Cimbi) due to their immense knowledge and talent to transfer their knowledge by teaching, combined with a humble attitude.

It is hard to pinpoint an absolute favorite. My favorites have always been Hungarian dances from Transylvania. Dances from Felcsík, Gyimes, Vajdaszentivány are particularly close to my heart. Hard to explain why, probably because the music and dancing makes me feel at home. The same is true about folk songs. A couple of folk songs close to my heart are the Székely song starting with “Felsütött a hold sugára” and the Székely-Csángó ballad about the girl taken to heaven.

When did you decide you were going to play music and why?

I played some violin as a teenager, but then gave up on it. Then in 2016 I attended the Lábnyik, Moldva folk dance camp. Wood wind instruments have always mesmerized me, so I took a shepherd’s flute home as a souvenir. I started playing on it in 2017 and it captivated me so much that I decided to learn how to play it properly. I established a folk music group Holdviola, and every Saturday we practice in Manhattan in front of the Hungarian House. 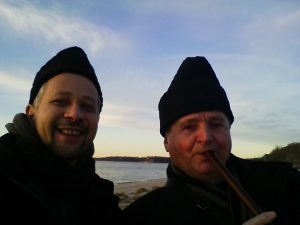 Both your wife and 9-year-old daughter love folk dancing. How do you deal with the transmission of tradition within the family?

We let the transmission happen naturally. We play folk music and sing whenever we get a chance. We also take opportunities to dance. We travel to Transylvania regularly, attend folk dance camps and expose ourselves to the traditional culture whenever possible. Our daughter, Lilike, is instinctively attracted to Hungarian folk culture, she considers this genre as her mother tongue.

How often do you visit the Carpathian basin? Do you plan to go in the future?

About once a year. Yes, we plan to continue going. I feel that the Székely region of Transylvania is still my home. My parents and sister and all my relatives live there, and many of my wife’s relatives live in Western Hungary, a region that I did not know, but it became dear to me. So far our daughter, Lilike plans to move back to Transylvania when she will be a grown up. 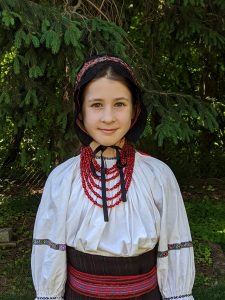